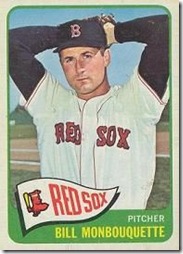 Bill Monbouquette was sharp.  He had a 3 hitter, but still had to go 10 innings to notch the victory.  If not for a Lee Thomas pinch hit RBI single in the top of the 9th Mombo stood to be the hard luck loser thanks to 2 of Washington's 3 hits being homers.  Back to back jacks by a catch and throw catcher (Mike Brumley) and a banjo hitting shortstop (Ed Brinkman) in the home half of the 3rd put the Nats up 2-1.  Pete Richert was just as sharp as Mombo, but his gas tank emptied after 7 innings.  Relievers Ron Kline and Marshall Bridges allowed the tying run to score in the 9th.  Boston threatened in the 10th, but Felix Mantilla grounded into a bases loaded DP to end the inning.  Reliever Steve Ridzik would not be so lucky in the 11th when a hit by Frank Malzone, an error by McMullen at 3rd and a intentional walk loaded he bases with 1 out.  Pinch hitter Russ Nixon hit one to the warning track to score Malzone to make it 3-2.  An in field single by Tony Horton made it 4-2, which left the Nats dead by the side of the road.  Flame thrower Dick Radatz took the hill for the bottom of the 11th and struck out the side (Brumley, Chance and Blasingame) to end the game and record the save.
Red Sox lead series 1-0 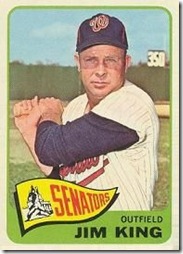 Ken McMullen atoned for his costly error in game 1, by delivering a key 2 out 2 run single in the top of the first to stake the Sens to an early lead.  A 2 run blast by Jim King in the 3rd made it 4-0, but no lead is safe in elimination games especially when your starting pitcher (Mike McCormick) was living dangerously on the edge.  Boston began chipping away at Washington's 4 run lead with solo runs in 3 consecutive innings starting with the bottom of the 3rd when Ed Bressoud led off with a single, then stole second and eventually scored on a sac fly by Chuck Schilling.  Lee Thomas led off with a homer over the netting on the Green Monstah in the bottom of the 4th and in the bottom of the 5th Schilling singled home pitcher Earl Wilson to make it a 1 run game.  After 7 innings of work McCormick retreated to the clubhouse and Ron Kline came on to pitch two scoreless innings for the save. Kline had some wiggle courtesy of Dick Nen's 2 run single in the top of the 9th off of Bosox reliever Arnold Early.
Series tied 1-1 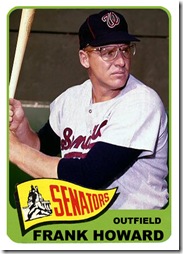 Bennie had his Jets going for him this afternoon until he ran out of rocket fuel with 2 out in the 6th  By that point the game looked hopelessly knotted at 1-1.  Rico Petrocelli's RBI single in the 2nd put the Sahx up 1-0.  The Nats answered back an inning later when Eddie Brinkman scored on Jim King's sac fly to Tony C in right.  Mike Brumley's solo blast off of Morehead with 1 out in the 7th looked to be the difference maker until the Bosox rallied in the top of the 9th on a Petrocelli sac fly that Frank Howard barely caught in left.  Heading into extra innings fan began to take out their Swiss army knives to cut through the tension.  Boston loaded the bases in the top of the 10th with 1 out and Lenny Green set to face reliever Frank Kreutzer.  Green hit a shot up the middle that Brinkman was able to snare thanks to the fact that he was playing Green just behind the bag in a lefty shift.  Pinch hitter Frank Malzone grounded weakly to second to end the inning.  A golden opportunity passed right through the hands of Red Sox nation and they knew it.  Expecting the game to go deep into extra innings the Nats allowed Kreutzer to lead off the inning instead of sending up a pinch hitter.  Not accustomed to hitting, Kreutzer waved feebly at 3 straight pitches and took the long stroll back to the dugout.  Second baseman Ken Hamlin lined a 2-2 offering into center for a clean single, the advanced to third on Jim King's double off the Monstah.  Nen was given an intentional pass to setup the possibility of an inning ending DP, which could easily occur with the slow footed Frank Howard strolling to the plate.  Howard, who had struck out in 3 of his 4 AB's was immediately in the hole at 0-2.  Reliever Jay Ritchie decided against wasting a pitch and went right after "the Capital Punisher" with cheddar.  Howard, as usual, swung from the heels.  This time he made contact, but barely as he sent a parachute just over the outstretched arms of Petrocelli to easily score Hamlin for the game winning and series clinching run.
Senators win series 2-1

Posted by distantreplay.org at 11:17 PM No comments: 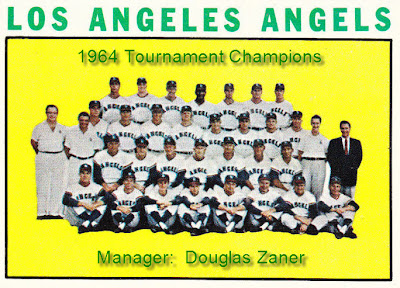 Posted by distantreplay.org at 12:53 PM No comments: