1968 Round 1: Baltimore Sweeps Minnesota in Three 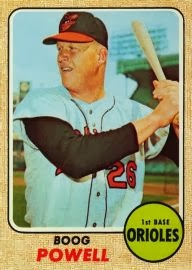 Minnesota opened this series on a high note as Harmon Killebrew belted a Dave McNally fastball down the left field line at Memorial Stadium posting the Twins to an early 1-0 lead over the Birds of Baltimore.  Kaat was very effective in getting out of a jam in the third, stranding three Baltimore base runners by striking out Brooks Robinson and getting Boog Powell to fly out deep to right field. But in the 5th Powell won the duel and the game for Baltimore by depositing a Jim Kaat offering deep into the right field bleachers for an Earl Weaver special, the three run homer. McNally pitched the complete game for Baltimore holding Minnesota to just 5 hits over 9 innings. 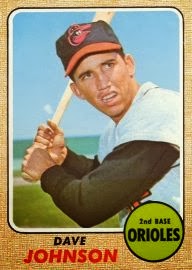 In true form to 1968, this game was all about the pitching. Through 6 innings both teams combined had a total of 2 hits. Minnesota’s lone hit was an RBI double by Tony Oliva that plated catcher Bruce look whom Jim Hardin had just walked. When Hardin departed after six, he trailed 1-0. Dean Chance did not yield any hits until Curt Blefary, hitting for Hardin, broke up the no-hitter with a single to start the 6th. Blefary moved up to second on a wild pitch and to third on a fielders choice where he was replaced by the speedier Dave May. However, May was left stranded as Chance got Paul Blair to line out to left field and Frank Robinson to fly out to left. After six, the score remained Minnesota 1, Baltimore 0. In the bottom of the 7th , Boog Powell greeted Chance with a double, moved to third on a fielders choice and was driven in with a single by Baltimore second baseman Davey Johnson to tie the game. The Baltimore bullpen pitched three hitless and scoreless innings. In the bottom of the ninth Chance gave up two singles to Frank Robinson and Powell to open the inning and was replaced by Ron Perranoski who got Brooks Robinson to ground out to third before Davey Johnson drove in his second of the game with a single into right field. A classic duel, Dean Chance baffled the Baltimore hitters all day. Jim Hardin, Moe Drabowsky and Pete Richert held Minnesota to 1 hit.

Game 3 A Chill in the Air, But Not In The Bats 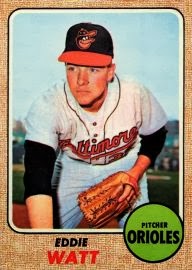 Overall, a very well played series that could have gone either way.
--submitted by Mark Nixon--
Posted by distantreplay.org at 7:11 PM