Qualifier Round: "What's the story...Jerry ?" 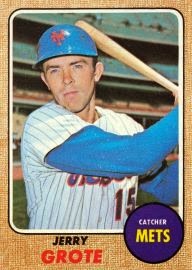 Game 1,
at New York,
A good pitching duel between Tom Seaver and Chris Short.  Everything was going the Fightin' Phils way until Cleon Jones stepped to the plate in the 7th inning with two down. Jones promptly smacked a Short fast ball off the fence in left center to plate two runs to knot the game at 3.  The Mets won the game in the bottom half of the 8th inning on back to back doubles by The Glider Ed Charles and fiery Jerry Grote. Seaver wrapped up the ninth to finish the game.  Mets 4...Phillies 3. 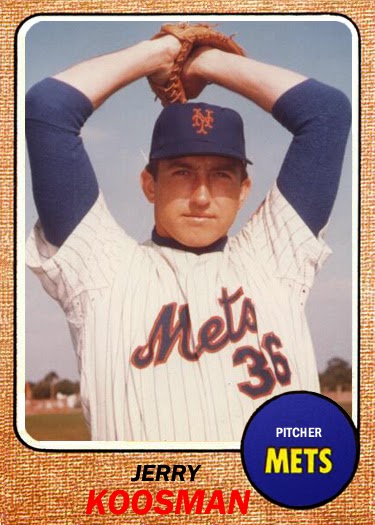 Philadelphia held a narrow 1-0 lead heading into the seventh inning. Cleon Jones began the inning with a single to left center which broke up Larry Jackson's no hitter. Jones moved to third when Jackson hung a slider to the glider and Charles pushed a single through the infield to right field.  Jerry Grote bounced into a double play but Jones scored the tying run. Matters became worse during the ninth when the Mets scored 5 runs off Jackson and reliever Turk Farrell. Jerry Koosman earned the victory as he fanned 12 Philly batters through 8 solid innings.  Danny Frisella mopped up in the ninth inning to preserve the New York victory. Mets 5....Phillies 1